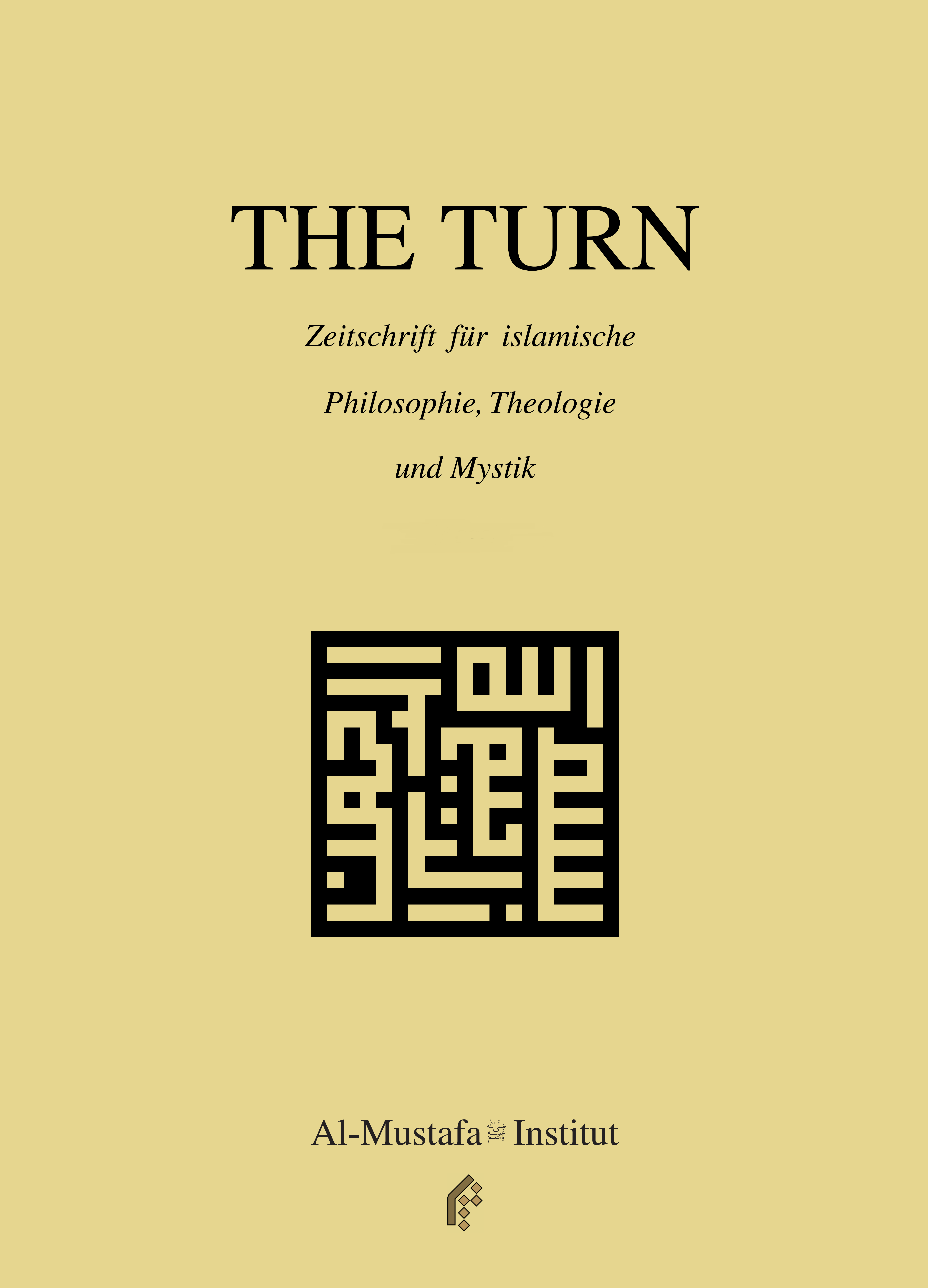 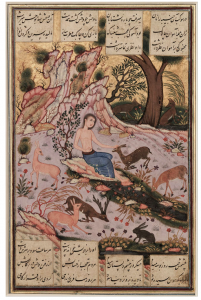 To show that, in Islam, foreignness has a rather positive connotation, the author refers to a prophetic tradition (ḥadīṯ), according to which Islam by itself – in its beginning and its end – is strange and that is why strangers are said to be blessed. Another tradition makes clear that, in Islam, the homeland locates in heaven, whereas earth is regarded as a kind of exile. This sensation of worldly strangeness points us back to God, just as does suffering in Christianity. Thus, feeling strange is by no means solely considered to be negative. Notably, in Islamic mysticism, for instance, the teachings of Suhrawardī or Ibn al-ʿArabī, offer a way out of a worldly sensation of foreignness by establishing a connection between this world and the other world. The motif of exile as ›conditio humana‹ can also be found among contemporary poets who convey the message that there can be a return, not a religious one, but a homecoming to  ourselves, as lightning or enlightenment. As we can see, an optimistic notion of foreignness can reconciliate religiosity and atheism, and it can also help to understand people in a current situation of strangeness-refugees and immigrants, for example. 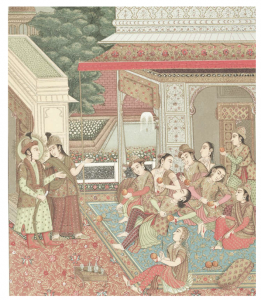 Is man capable of ever seeing God? In Qur’an 7,143 Mose’s request of seeing God is denied: »Said He, ›Thou shalt not see Me; but behold the mountain – if it stays fast in its place, then thou shalt see Me.‹ And when his Lord revealed Him to the mountain He made it crumble to dust; and Moses fell down swooning.« (Arberry’s translation) Departing from this passage, this paper discusses whether other passages of the Qur’an imply a vision of God by Muhammad. Furthermore, some glimpses into the prophetic tradition (ḥadīṯ) and into Muslim theology show aspects of the discussion whether God might be seen by Muhammad or by just any believer and whether a vision of God in this world or in the after-world is thought to be (in)feasible, probable or certain. 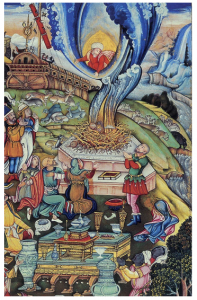 Starting from Annemarie Schimmel’s remark that the central issue of the sūra on Joseph is the admiration of beauty, this study focusses on the scene in which Zulaykha invites the women of her town to a banquet representing them ¯ Joseph, planned to justify her attempt to seduce him. Overwhelmed by his beauty, in fact, they cut their hands with the knives while eating. The women’s exclamation »he is naught but an angel noble! « contradicts this quite fleshly experience, since the Quranic context – in which the appearance of angels is undoubtedly to be expected – precludes the possibility of interpreting it as naturalized metaphor. Thus, the question being considered here is: what does the beauty mean to Joseph and how does he experience himself as an ›angel‹? At the beginning of the sūra he reports a dream to his father that heavenly bodies throw down themselves before him. Even this motif cannot be interpreted as being metaphorical. It is an initiatic dream that represents a prefiguration of the human aspiration to reach perfection. In this sense the legend of Joseph can be read as a ›Bildungsroman‹. This story about the blurring of man’s boundaries – by stylizing him as a cosmical figure – seems to be an anticipation of the Sufi idea of the Perfect Man (al-insān al-kāmil). In other words, this concept can be regarded thoroughly as an original Quranic teaching and not as a later Sufi interpretation or invention. 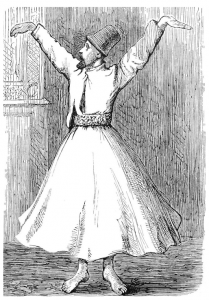 Transcendence and immanence are two terms used two differentiate two realities, one of transcending worldly experience and the other of an inner-worldly experience. In scholastic theology (kalām), a respective distinction is being made regarding the image of God, whereby transcendence (tanzīh) is set against anthropomorphism (tašbīh) to solve the problem of how to deal with Quranic expressions that attribute human – formal or essential – characteristics to God. Also, in mysticism, the notion of transcendence and immanence of God plays a central role, for instance, in the teachings of Ibn al-Arabi. He mainly discusses this distinction in the chapter of Noah in Fuṣūṣ al-ḥikam (»The Bezels of Wisdom«), regarding knowledge of God. He rejects a pure theology of transcendence as it describes only a part of the divine reality. However, he points out that even though His immanent reality can be experienced, it is not comprehensible, because it is unlimited. Both realities interlock through the idea of the Oneness of Being or Unity of Existence (waḥdat al-wuğūd), because ›in reality‹ they are nothing else than God. Ibn al-ʿArabī illustrates this ontological dependency by the example of Noah’s legend, by showing that the prophet supported the belief of the absolute transcendence of God, which was unacceptable for his people, not because they negated God’s existence, but because they had an immanent image of God. Accordingly, Ibn al-Arabi interprets the divine punishment, instead of misfortune, as immersing in the sea of knowledge of God. In this way the soul becomes a place of manifestation or a mirror of the divine reality. 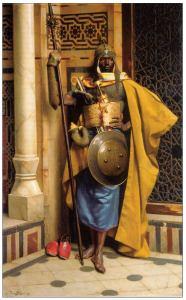 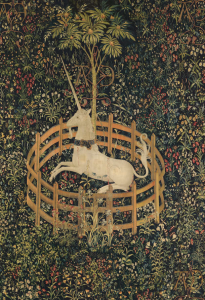 In his »Essai sur le don« (»The Gift«) the sociologist Marcel Mauss studied the ritual of gift exchange that, in various ancient societies, was characterized by exaggeration, but also by its consideration as not only a material giving, but also as a spiritual one. Was the exaggeration of giving regarded as a kind of heroism in the old Arab society, the question arises, if this was at the same time a spiritual giving of himself. To answer this question an anecdote about the poetess al-Khansāʾ (who lived at the time of the prophet Muhammad) is analyzed, whereby it becomes apparent that the ritual of giving exchange had something to do with poetry or magic, and therefore possessed a dimension of spirituality. Though the exaggerated gift represents a pre-Islamic ›virtue‹, this ritual has survived in Arabic countries, even in modern times. Therefore, it seemed only natural to conduct an interview about this topic as a kind of ethnographic fieldwork. As it turned out, the old Arab ideal did undeniably survive, while at the same time it now interferes with a rational discourse that makes heroic exaggeration appear ›unreasonable‹.

Closing words: what's the use of it?